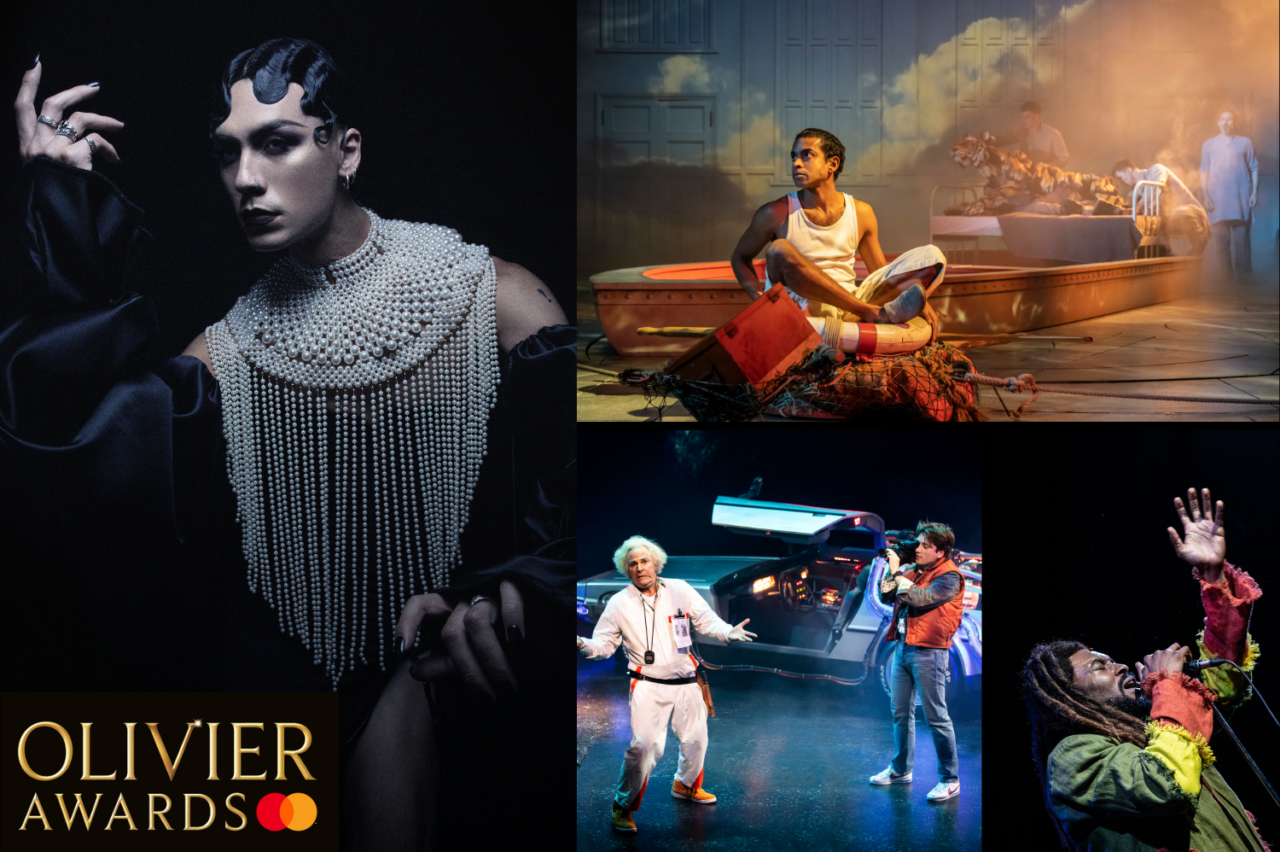 From plays and musicals to dance and opera, the Olivier Awards 2022 recognised the best shows to see in London now. Book your tickets now, before they all go*

The big winners of the evening were Life of Pi which scooped up five awards (Best New Play, Best Actor, Best Lighting Design, Best Set Design and Best Actor in Supporting Role), and Cabaret – The Kit Kat Club which won a whopping seven of its 11 nominations. Take a look at some of the category winners and plan your trip to the theatre.

Pride and Prejudice* (*Sort Of) was the overall winner of the entertainment or comedy play category, and for good reason too! A daring retelling of Jane Austen’s most iconic love story, the all-female adaptation is laugh-out-loud funny and layered with sharp wit and romance. Its run at the Criterion Theatre has ended, but a full UK tour is coming this September. One of the nominees was The Choir of Man, the all-singing, all-dancing, all-stomping show that’ll return to the Arts Theatre from 1 October.

Cabaret at The Kit Kat Club had a big night at last night’s awards. The original production was one of the most successful musicals of all time. Now, this latest adaptation is doing pretty well for itself too, winning Best Musical Revival. It’s based on the play by John Van Druten and stories by Christopher Isherwood. Currently booking until 1 October. Other nominees included Anything Goes, which will return to Barbican in June by popular demand.

One of the many awards it picked up last night, Life of Pi took home the Best New Play award, beating nominees 2:22 A Ghost Story, Best of Enemies and Cruise. Meanwhile, fans of musicals will all be racing to see Back to the Future: The Musical after it won Best New Musical, beating strong contenders: The Drifters Girl, Frozen, Get Up, Stand Up! The Bob Marley Musical and Moulin Rouge! The Musical.

Music plays an integral part in stage productions and guides audiences through the story and emotions of the production. Get Up, Stand Up! The Bob Marley Musical took home this award for the production’s Orchestrator, Simon Hale. It’s a vibrant celebration of Marley’s musical talent and Hale certainly brings the joyous soundtrack to life. Anything Goes got another nomination, alongside Back to the Future: The Musical for its composers and orchestrations, and Life of Pi for Composer Andrew T Mackay’s work.

Lily Allen was nominated for her debut role in 2:22 A Ghost Story, which will return to The Criterion Theatre from 7 May. Although Allen won’t be starring, the new cast includes Harry Potter star Tom Felton. The winners of the Best Actor awards were Hiran Abeysekera for Life of Pi and Sheila Atim for Constellations, which is available to watch online.

Best actors in a musical

Cabaret cleared up this category with Eddie Redmayne and Jessie Buckley winning best actor and actress for their roles as Emcee and Sally Bowles. When accepting his prize, Redmayne said: ‘This is the dream. For me, this is the one. This was the part that I played when I was a kid in school. It was the thing that got my passion for theatre really fuelled.’ Other nominees included Olly Dobson for Back to the Future: The Musical, Arinzé Kene for Get Up, Stand Up! The Bob Marley Musical, Beverley Knight for The Drifters Girl and Stephanie McKeon for Frozen.

Life of Pi was another production that dominated this year’s Olivier Awards, scooping up the Best Actor in a Supporting Role thanks to the seven actors who play the tiger. Featuring epic puppetry throughout, it’s one of the most visually stunning plays in London now. Tori Burgess, who stars as the youngest of the Bennet sisters in Pride and Prejudice* (*Sort Of), picked up best supporting actress for her role.

* Current cast may differ from those mentioned. Please check online.