If you only have a day in London, walk from Buckingham Palace to South Bank and you’ll tick off most of the capital’s top sights.

Start your day outside the Queen’s home, Buckingham Palace, then stroll through nearby St James’ Park or walk The Mall past the Institute of Contemporary Arts to Trafalgar Square. Here you’ll see the National Gallery, Nelson’s Column and regular festivals.

From the square, walk down Whitehall – past 10 Downing Street, the home of the Prime Minister – to Big Ben in the Houses of Parliament, where Parliament has sat since 1265.

Cross the River Thames to Coca-Cola London Eye on the South Bank. At 135m, it’s Europe’s largest Ferris wheel. Ride in a capsule for 360° views of the city.

Got kids? Then don’t miss SEA LIFE London Aquarium, just opposite. As well as penguins and sharks, you can see its fascinating jellyfish exhibition. 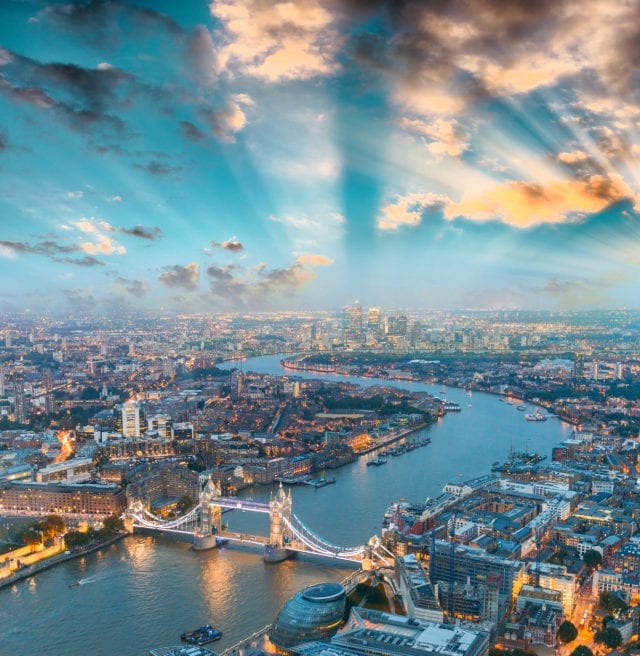 South Bank’s riverside location makes it a pretty spot to explore. Watch street entertainers all year round, see a show during Underbelly Festival in summer and in winter stroll under fairy lights during Wintertime festival.

Southbank Centre is made up of cultural venues and theatres including Queen Elizabeth Hall and The Hayward Gallery, which reopens in 2018 following a two-year refurbishment. The centre is also the site of the Royal Festival Hall – a permanent legacy of the Festival of Britain, a nationwide celebration in 1951 intended to boost post-war morale. Outside, there is a daily secondhand book market and SC Food Market (Fri-Sun).

Founded in 1933, BFI Southbank is home to the UK’s national film archive. As well as screenings and festivals, it has live acoustic music and DJs at The Riverfront (Fri-Sat). The nearby BFI IMAX screens films in 3D on Britain’s biggest cinema screen, in a 500-seat auditorium.

Gabriel’s Wharf brightens up South Bank with its colourful, independent shops, galleries and restaurants. Don’t miss the limited edition artwork in Southbank Printmakers. Run as a co-operative, it is staffed by artists who are on hand to answer your questions.

The boutiques in Oxo Tower Wharf also sell things you won’t find on the high street. Snowden Flood sells souvenirs designed, made or sourced from the UK; Bramwell Brown designs and sells clocks that forecast the weather by detecting changes in air pressure and Mr Jones Watches sells Decider watches – as the seconds pass, the clock face changes from yes to no. So, should you go for drinks next door at Dandelyan, winner of World’s Best Cocktail Bar 2017?