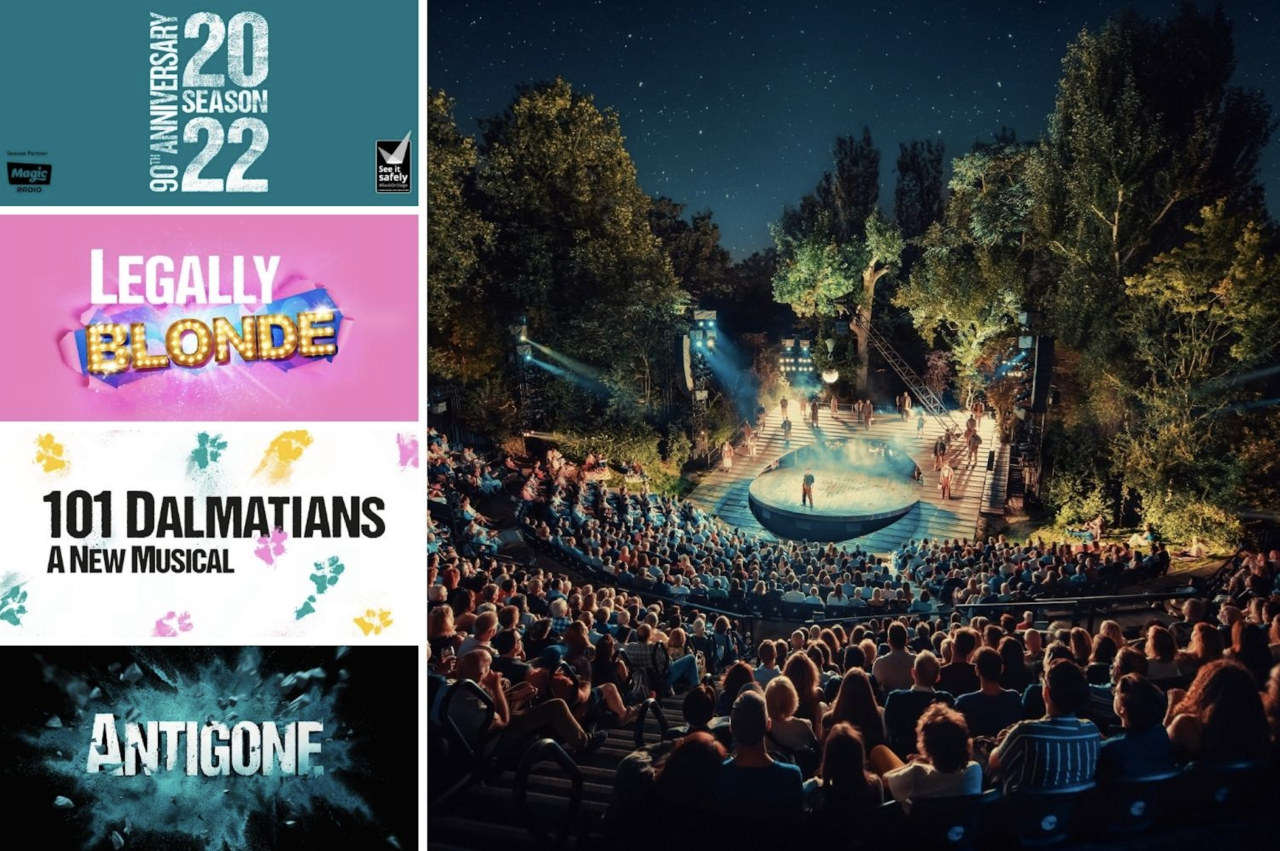 An annual Open Air Theatre favourite, The Luna Cinema present two incredible outdoor cinema events, both classics in their own right. With the night sky the backdrop to the galactic civil war, experience George Lucas’s Star Wars: Episode IV – A New Hope (26 June) in a 45th anniversary screening. Steven Spielberg’s multi-award-winning new take on West Side Story will be shown later this season (18 September). With an epic score featuring America, Maria and Somewhere, this phenomenal movie musical is one not to miss.

Daniel Kitson returns to the stage for the first time in two years with three gigs (19 Jun, 24 Jul, 21 Aug). Performing with or near Gavin Osborn, it’s entirely unclear what the “thing” is they’ll be doing, but it will be entertaining that’s for sure.

Tim Key (Alan Partridge, The Witchfinder) brings his 5-star show Mulberry to the Open Air Theatre (19 Jun), with ruminations about the great indoors and a bit of stamping around. Oh, and a velour tracksuit, continental lagers and some “poetry”.

Austentatious: An Improvised Jane Austen Novel (31 Jul), is the award-winning smash-hit comedy, as seen in the West End and heard on Radio 4. Inspired entirely by a title from the audience, a new Jane Austen novel will be performed in period costume with live musical accompaniment. Swooning guaranteed.

The Battersea Arts Centre Beatbox Academy present Frankenstein: How To Make A Monster (8 Aug). Part electrifying gig, part thrilling theatre, this powerful and poetic show pushes the power of the human voice to its expressive, musical and rhythmic limits. Reimagining a world of modern monsters and taking musical inspirations from Pachelbel to The Prodigy, Frankenstein will leave you questioning who are the monsters we fear? Who created them? And how the hell did they just do that with their voices?

Le Gateau Chocolat makes his Open Air Theatre debut with his delicious Raw Cacao (14 Aug). Sitting at the profound intersection of William Shakespeare and Maya Angelou, it’s an exploration of intimacy. Lurching from pop to opera via folk song, musical theatre, disco and more, this is a mixtape of who Gateau was, is, and who Gateau hopes to become.

A blistering retelling of the epic story from the writer of Barber Shop Chronicles, Inua Ellams. A torn family. A hostile state. One heroic brother. One misguided son. One conflicted sister, and the second is on the run.

previous
What's on at Hampton Court Palace?
next
There's a brand-new Coca-Cola Store in London