Did you know that nearly half of London is made up of green space? In fact, it’s the third greenest capital city in the world. So head outside and explore one of the many London walks available when you’re visiting this autumn. 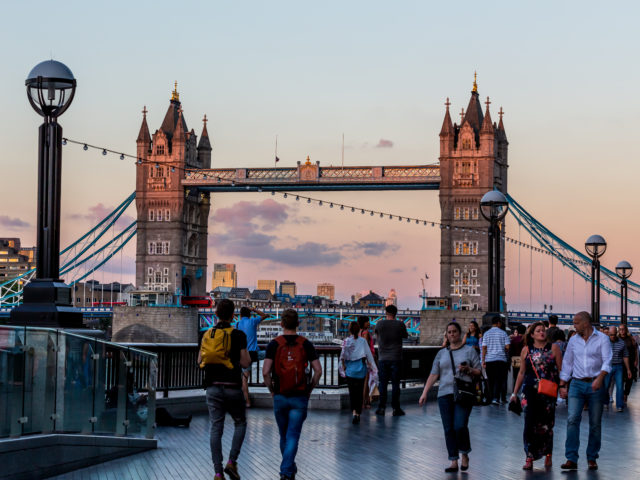 First stop is the magnificent Hyde Park. With more than 4,000 trees, a lake, a meadow, rose gardens and the Diana, Princess of Wales Memorial Fountain, this centrally located park is the perfect place for a relaxing stroll, a revitalising race around on a bicycle, or a row across the Serpentine lake.

Spanning 410 acres, Regent’s Park was designed in 1811 by the iconic architect John Nash. Pause and smell the roses in the formal gardens, pop over to the boating lake or indulge your cultural side by catching a live performance of the epic Antigone in the Open Air Theatre (3-24 Sep) before it closes until next year.

Channel your inner royal and visit the stately St James’s Park. Surrounded by landmarks such as Buckingham Palace, Clarence House and Whitehall, it also boasts Horse Guards Parade and the tree-lined Mall. See the famous pelicans being fed just next to Duck Island Cottage at 2.30pm, before stopping off for refreshments at the stylish St James’s Café. For more royal connections, head further west to Kensington Gardens. Here you will find the ornate Albert Memorial and the playful Peter Pan Statue. Children will adore the Diana, Princess of Wales Memorial Playground with its pirate ship and teepees.

Stop in London’s oldest Royal Park, Greenwich Park, and take in the views of the River Thames and the City of London. This former hunting park is still home to a deer herd, as well as the Prime Meridian Line, The Royal Observatory and several cafés.

Further afield, don’t miss Hampstead Heath. Climb to the top of Parliament Hill for magnificent views of the capital or lose yourself in the romantic walkways of the Hill Gardens and Pergola. South of the Thames, Battersea Park is a beautiful autumn destination, filled with a variety of British trees as well as different gardens, from subtropical to winter. Enjoy the view from the treetops at the GoApe assault course, visit the impressive Peace Pagoda and walk along the river to Battersea Power Station, which opens on 14 October 2022. Alternatively, admire hundreds of free-roaming deer, ancient trees and rare wildflower species at Richmond Park. 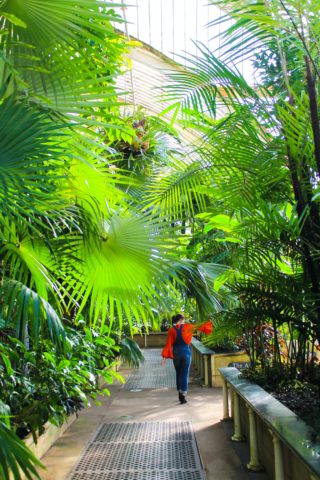 Walk through the jungle at Kew © Viola Favaretto via unsplash.com

On the riverside in west London, Fulham Palace is an attractive 15th-century building that was once the summer retreat of the Bishops of London. Its captivating history spans more than 1,300 years and 133 Bishops of London. Explore the house and its botanical gardens: 13 acres of stunning plantings, rare trees and a beautiful walled garden. On 2 October, there will be face painting, group craft sessions, live music, beekeeping talks, tours and more for Apple Day. There will also be a food market in the garden.

When thinking of beautiful walks in the capital, Royal Botanic Gardens, Kew often springs to mind. The botanical research centre and World Heritage Site is home to plants from across the globe. Wander through acres of gardens, Victorian tropical greenhouses and a treetop walkway. This autumn, escape to Mexico as bold new artistic and horticultural installations take over the Temperate House (1-31 Oct). Reflect on the beauty and colour of Mexican culture and its deep connection with plants and the natural world.

Hampton Court Palace was once the favourite royal residence of King Henry VIII. This spectacular baroque palace and the 300-year-old maze are set in 60 acres of parkland on the river just outside London. Explore the gorgeous gardens at your leisure. Come October, lose yourself in atmospheric projections and sound effects as the spirit world comes closer than ever before. See portraits come to life in the Gallery of the Damned, take part in a spine-tingling séance and watch out for James I who roams the palace. Halloween at Hampton Court Palace will put you on edge, rather than push you over it (22-30 Oct).
Also steeped in royal history is Kensington Palace & Gardens, the birthplace of Queen Victoria and home to young royals for more than 300 years. Walk in their footsteps through the tranquil and secluded gardens. Kensington Gardens began life as a King’s playground; for centuries, the gardens were part of Hyde Park and hosted Henry VIII’s huge deer chase. Since 1689, the 242 acres have transformed into the gardens you’ll find today. 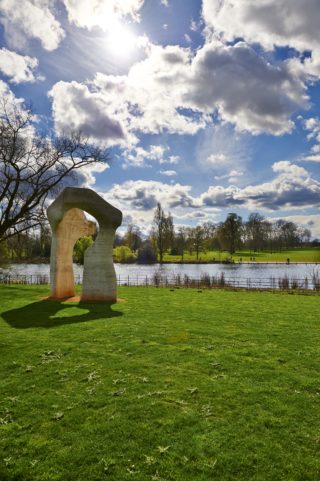 Nestled behind high brick walls, the riverside Chelsea Physic Garden feels like a secret corner in the centre of London. On the edge of the Thames is an extraordinary garden that feels special and secret. Nestled behind high brick walls, the garden was established in 1673 by the Worshipful Society of Apothecaries – an important medical organisation that helped pave the way for modern medicine – for the purpose of growing medicinal plants. It is London’s oldest botanic garden and home to a unique living collection of 5,000 edible, useful and medicinal plants that have changed the world. It’s a wonderful place to get lost in this autumn.

Have you ever noticed a round blue sign on the side of an unassuming building while exploring London? The famous blue plaques link the people of the past with the buildings of the present. Now run by English Heritage, the scheme was started in 1866 and is thought to be the oldest of its kind in the world. Across the capital, more than 950 plaques honour the notable men and women who have lived or worked in them. Discover the locations of all the plaques and head out on a self-guided tour.

Prefer to see the city accompanied by an expert guide? Well, City of London Guides offer everything from market tours around the likes of Leadenhall Market and Smithfield Market, to themed walks including a Roman Walking Tour, river walk and City Highlights Tour. You’ll be spoilt for choice.

Golden Tours might be one of the top bus and river tour providers in and around London, but did you know they also offer walking tours too? Follow in the footsteps of Shakespeare and Dickens on the Historical Pub Walking Tour, discover the London of Arthur Conan Doyle’s famous detective Sherlock Holmes, or take a walk on the royal side of the city and watch the Changing of the Guard.

For a two-hour walk come rain or shine, at just £15 per person (£5 for children), London Walks is the perfect provider of whistle-stop tours for those with less time to spare. Find out about the ancient village of Clerkenwell that clings to a hillside nearby St. Paul’s Cathedral, or investigate Jack the Ripper’s Autumn of Terror in the East End of London. 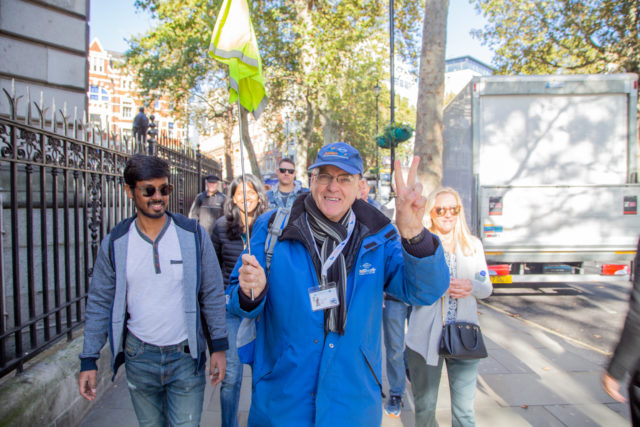 Come autumn, London’s theatres really come into their own. Join a guided tour of one of the most iconic, Shakespeare’s Globe. Celebrate 25 years of the reconstructed theatre on a special Anniversary Tour, led by expert guides who were there at the start of the theatre’s journey. You will be transported back to the beginning and hear stories of the creation of the building, including Sam Wanamaker’s plight for planning permission, the construction of the site, and the cast of characters involved in bringing Sam’s vision to life. There are other themed tours to choose from too, and why not catch a show while you’re here? Much Ado About Nothing Julius Ceasar, Henry VIII and The Tempest are all playing this autumn.

previous
What's on in London this weekend? 23-25 September 2022
next
A dynamic new exhibition opens at the V&A